A recent social media post of mine sparked some interest and questions around which were the best apps for tracking your menstrual cycle. And when I started researching, well…let’s just say there are a few out there! So I have reviewed the apps and have shortlisted 5 for you – a mix of menstrual cycle and symptom trackers for active women, including physioogical recommendations for training and recovery; and the period trackers and ovulation predictors for fertility support.

As with all tracking apps, the more you use them and input your data, the more accurate they will be in their predictions. It’s also important to note if you do go searching for your own apps, that they can vary in their quality; by that I mean, the amount of input from scientists, researchers and medics to control the monitoring and interpretation of the metrics, and subsequently the information provided to the user. However these 5 listed here seem to be legit.

END_OF_DOCUMENT_TOKEN_TO_BE_REPLACED

Posted on February 3, 2021 by DrKellieRose I know, your inbox and social media is full of emails and posts about goal-setting and how to “plan your best 2019 ever!” right? Well, in this article I am going to be talking about 2019, but I’m actually going to be focusing on 2018. Why, you may be asking, when 2018 is essentially done and dusted? For one great reason – you achieve a hell of a lot in a year and I’m guessing that the majority of us don’t stop to acknowledge that! We just power right on through into the next year, scribbling down all our grandiose goals on New Year’s Day, without actually stopping to consider what actually went down this past year. Take a moment. What did you actually accomplish this year? What were the good bits, the hard bits, and the lessons you learned from both? What’s worth keeping and bringing into the new year, instead of throwing the baby out with the bathwater and starting all over again?

END_OF_DOCUMENT_TOKEN_TO_BE_REPLACED

I did promise you a follow-up to last weeks’ article, More is Not Better, in which I shared with you the experience of my life grinding to a halt within a mere few days, how I managed to salvage my work and health, and my subsequent epiphany about my current MO – and the realization that it was beyond time for a new one! Well, here it is. I will show you what I did to change my life so that I actually ENJOY each day, whilst still being productive and achieving my goals. Sounds like a win-win doesn’t it? It is. Here’s why.

END_OF_DOCUMENT_TOKEN_TO_BE_REPLACED

More is Not Better 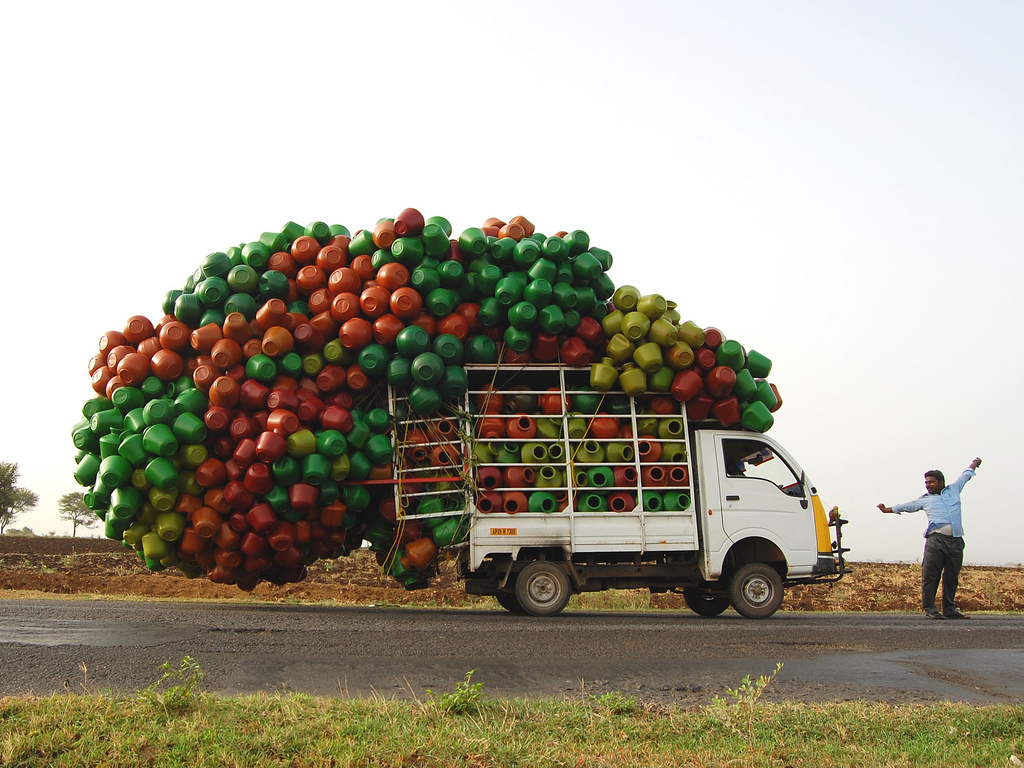 I used to think very differently to this – ask any of my training partners, coaches, or even work colleagues and bosses for that matter. More ruled my life for longer than I care to admit, and it’s gotten me into a pickle way more often than I’ll likely ever admit!

But thanks to my experience last week–and the never-ending patience of my personal development coach–I finally see the error of my ways. Let me unpack this for you, and perhaps it might help you out of the same pickle – if you’re also of the More is Better school of thought.

END_OF_DOCUMENT_TOKEN_TO_BE_REPLACED 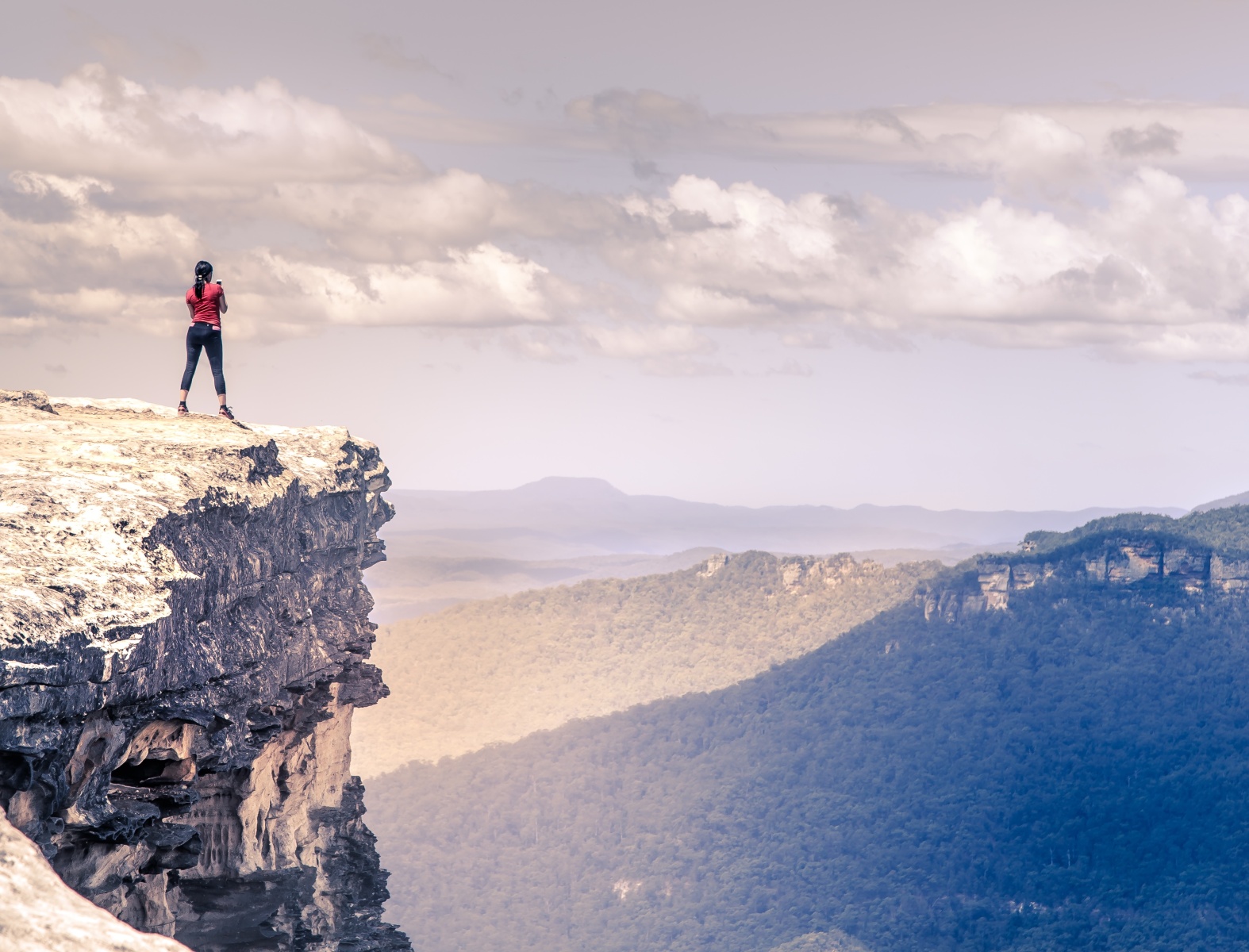 I’m just going to come right out and say it early – I myself am terrible at setting realistic expectations. I have been most of my adult life, come to that, but I live in the hope of reform.

I should be better, I know. I’ve had plenty of opportunities to learn about setting expectations, between two uni degrees, over a decade-long professional career, and years of racing triathlon. Yet despite the many, many disappointments I have experienced in each of these areas, I never fail to keep setting the bar too high for myself, and continuously setting myself up for failure. Ironically, it’s kind of become…an expectation.

END_OF_DOCUMENT_TOKEN_TO_BE_REPLACED

Posted on September 24, 2018 by DrKellieRose

Yesterday I had the privilege of watching the WTS Triathlon World Championships on the Gold Coast. And what an experience that was! As with any World Championships, the home crowd was out in force, the cheering and shouts of encouragement were at fever pitch, and the atmosphere was just electric!

And that was for the age group race!

I’m not kidding. The feeling of excitement that permeated the air was awesome, and it was such an experience to be able to personally support clients, team mates, friends, and every other Aussie out there on course – it didn’t matter that you’d never met Dianne before, she was out there in the Aussie kit giving it her all for herself and her country! It united us in that moment, and we both felt pride at the connection – supporter and supported. And it was the same everywhere you looked – kiwis shouting for random kiwis, Brits supporting random Brits, cheers, yells, waves and high fives flying around. Amazing!

END_OF_DOCUMENT_TOKEN_TO_BE_REPLACED

Posted on September 17, 2018 by DrKellieRose

To End the Struggle With Motivation…Reconnect with Your Goals

I think it’s safe to say that the majority of us have experienced the struggle for motivation to varying degrees at some point in our triathlon careers. The more I speak with my friends, training buddies and fellow triathletes, the more prevalent I realise this issue is. And it’s not surprising really, when you consider the commitment it takes to not only train for 3 sports, but achieve a certain level of competency in each to be able to string them all together and actually compete in a race! Yep, it’s a demanding sport alright, no matter what level you’re competing at.

For most, this challenge is one of the most appealing factors at the beginning. The thought of mastering such a tough beast is an irresistible challenge, the dream of one day conquering it fueling your enthusiasm. And – truth – it makes you feel a little bit special when people look at you with such adoring admiration when they find out you’re a triathlete! Wow. This alone makes the effort worthwhile, right?

END_OF_DOCUMENT_TOKEN_TO_BE_REPLACED

Posted on September 10, 2018 by DrKellieRose

Reflections, Lessons and Insights from 2017

Whilst I was completing my quarterly review a few weeks ago, I was struck by how much my life had changed in the space of a year, and consequently how different my goals are for this quarter and for 2018 overall. Let’s just say 2017 will be chalked up as a year of growth and learning for many reasons, not least of those being involved in the craziness of a start-up company in Europe, and eventually ending up living out of a suitcase for 6 months with various members of my family around the world. Needless to say, 2018 is looking decidedly more prosperous!

END_OF_DOCUMENT_TOKEN_TO_BE_REPLACED

Are Your Tasks Getting You to Your End Goal?

This question may seem a bit out of the ordinary to some people, since our days are increasingly filled with productivity hacks to get the most out of our working hours and achieve all the tasks assigned to us and more. We have things to accomplish, right? A clear workload and jobs laid out that are our responsibility to get done. So we work hard, following the processes, and after hours of hard labour and focused attention–voilà!–task complete! Usually this is followed by a self-congratulatory back slap, feather ruffle, and a great sense of pride and accomplishment.

END_OF_DOCUMENT_TOKEN_TO_BE_REPLACED

Challenge Complete! Insights and Inspirations From Sport and Life

A week later, and I am still living with the euphoric feeling of achieving a great accomplishment; in this case, my solo 6-day training camp that I completed last week. To others it may not seem like much–and to be honest I would have laughed at myself a few years ago at such an “easy” challenge–but right now this was a really special achievement, and I must say I am extremely proud of myself for accomplishing it! There can be no better feeling in the world than setting yourself a goal and then achieving it, and exceeding your own expectations in the process. END_OF_DOCUMENT_TOKEN_TO_BE_REPLACED

Yes, for the fans, I am about to reference the movie Shrek, that wonderful piece of cinematography. Honestly, who doesn’t love it? The life lessons to be learnt from these children’s movies can really be so insightful! And it was this one that struck me on Saturday night, as I rekindled my love for the film.

Posted on February 7, 2017 by DrKellieRose

The Quality of Your Dinner Plate

I had an interesting discussion with a very close friend and colleague in academia about managing high workloads and the expectations and pressure placed on work output. Both of these topics have been major issues for both of us for most of our short careers, so the current situation and ensuing discussion was nothing new; sadly, it was quite familiar. So here we were on a Sunday night, she was home working on her laptop (as she had been doing all weekend in a desperate attempt to “catch up”), and I was on Skype for moral support and to “workshop” the issue of reducing her workload to a more realistic level, and integrating some steps towards work-life balance. END_OF_DOCUMENT_TOKEN_TO_BE_REPLACED